Last week brought news that the average 30-year mortgage rate increased to 4.61%, the highest level since 2011.  This should not be particularly surprising–mortgage rates are highly correlated to the benchmark 10-year U.S. Treasury bond yield, which has more than doubled from its record low nearly two years ago: 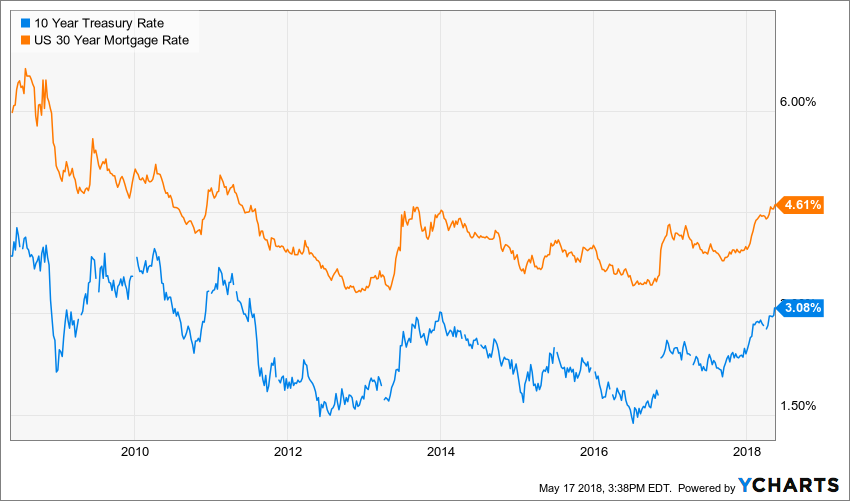 Some background: After years of buying up bonds on the open market in order to keep interest rates low by injecting cash in the economy (“Quantitative Easing”), the Federal Reserve began winding down its balance sheet late last year, allowing a managed amount of bonds to mature each month without having their proceeds reinvested in new securities (as had been the prior custom).  This policy shift represents a sizable incremental drop in demand for treasuries and a withdrawal of liquidity.  At the same time, the federal budget deficit is expected to increase to about $800B in fiscal 2018, due to the net impact of tax reform legislation passed in late 2017.  Consequently, the government will have to issue more debt to cover the deficit, increasing the supply of government bonds.

The combination of lower demand for treasuries, and their increasing supply, puts downward pressure on bond prices (and inversely, upward pressure on interest rates).  Meanwhile, economic growth remains robust (aided by the aforementioned fiscal stimulus), unemployment is at multi-year lows, and consumer confidence is high.  These factors increase the likelihood of future inflation, which is the key assumption underlying long term rates.

Nevertheless, housing and related services is an important driver of economic growth, constituting nearly 1/5th of U.S. GDP.  And mortgage rates, of course, are a key driver of housing affordability.  Therefore, news of mortgage rates hitting a 7 year high naturally has pundits casting a wary eye toward the housing market.  For now, home prices continue to appreciate (by a national average of about 6% over the past year), despite higher interest rates.  Explanations abound, including: a strong job market, wage growth, and perhaps most importantly, the low level of available inventory, particularly within the market for “starter” homes.

While annualized new home construction has rebounded quite a bit from the recessionary nadir, it is still below the long-term average of the past several decades: 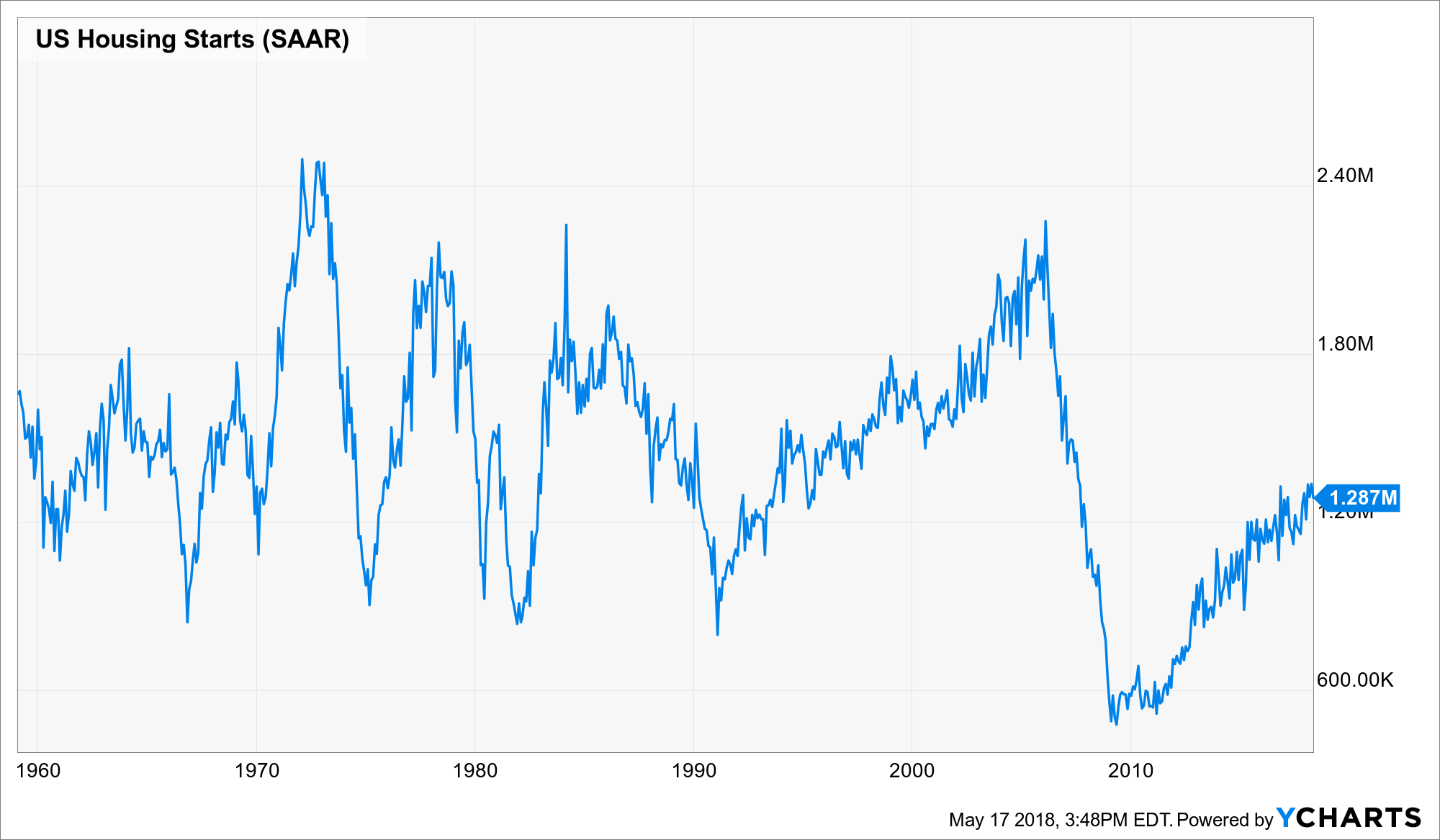 Particularly in many large coastal cities (i.e. the ones experiencing strong job growth and net migration) the pace of new construction has failed to keep up with population growth.  A recent Politico article highlighted the struggle of even relatively affluent millennials to find affordable housing in Seattle, thanks in large part to restrictive zoning laws.  More than half of the city’s land is explicitly reserved for single-family homes, impeding development of higher-density buildings which could otherwise add much-needed inventory to the market.  Another interesting subtext to this story is the inter-generational conflict between the incumbent homeowners who favor low density (mostly older baby boomers) and the younger cohort of prospective first-time buyers (mostly millennials), who prioritize affordability.

But there are even more subtle ways in which zoning laws and urban planning decisions underpin housing scarcity and bolster home prices.  As this video from Vox points out, the U.S. contains an estimated 8 parking spots per car.  This is due to local zoning laws which commonly mandate a certain allocation of off-street parking spaces per 1,000 square feet of new construction (the ratio varies by the intended use of the building).  This investment in “free” parking makes driving more convenient, but also requires that an inordinate amount of space (an estimated 30% of urban areas) is devoted to vehicles which spend only a fraction of each day performing their intended use.  The true cost of this parking subsidy is measured not only in land use (where it crowds out potential housing stock) but also in the way that it drives up development costs for all new buildings (forcing developers to recoup costs associated with vast underground garages, for example).

The important takeaway here is that while mortgage rates are a key determinant of housing affordability, they are not the only factor impacting housing prices.  In the housing market—as in most markets—myriad factors impacting both supply and demand interact to set prices.